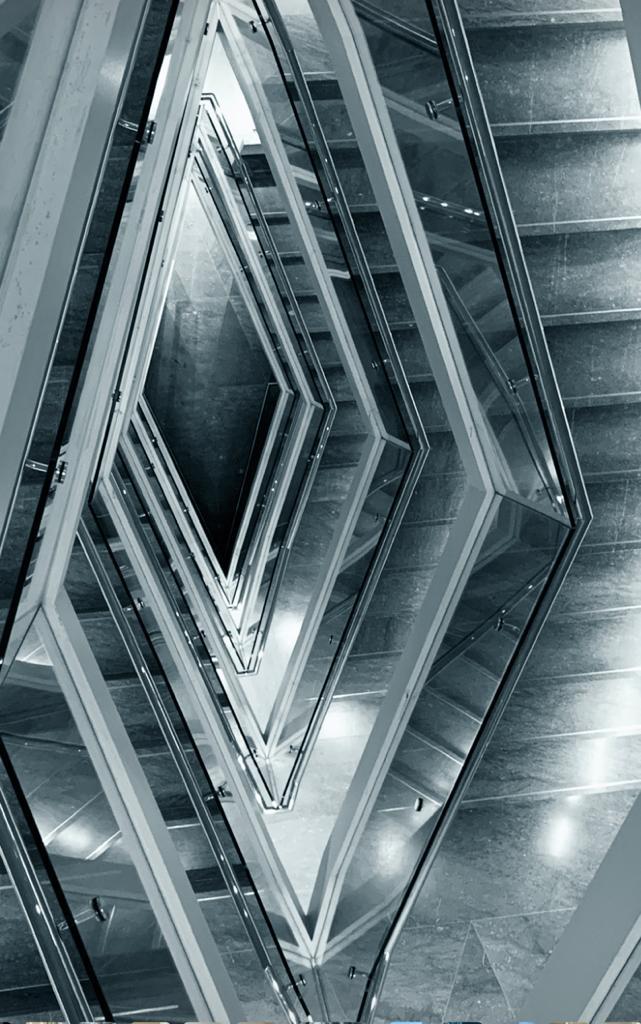 The United States sanctions related to the Russian invasion of Ukraine have been rapidly evolving. New sanctions are frequently enacted rapidly to respond to specific conduct. Unfortunately, as a result, many sanctions lack the guidance of more formally adopted laws. This is especially concerning considering reports that the United States is considering an embargo if fighting continues. Below is a brief analysis of some of the more convoluted points of the April 6, 2022 Executive Order (EO) of the President of the United States, the implication of the recent full blocking sanctions against Russian banks by the Treasury Department Office of Foreign Asset Control (OFAC), and a discussion of a possible embargo.

The recent April 6, 2022 EO bans new investment in the Russian Federation by a United States person, wherever located.
“United States person” includes (a) all U.S. citizens and permanent resident aliens regardless of where they are located, (b) all persons and entities within the United States, (c) all U.S. incorporated entities and their foreign branches.
“New investment” is not specifically defined, however, based on OFAC FAQ #1,019 regarding the March 8, 2022 EO banning new investments into the Russian energy sector, new investment could mean any transaction that constitutes a commitment or contribution of funds or other assets for new commercial activities located or occurring in the Russian Federation, including loans and other extensions of credit. Based on the prior EO, routine maintenance and repair expenses would likely not fall under the prohibition, however, nothing is certain until there is official government guidance or enforcement.
Although the EO pertains only to “new” investments, those with existing business in Russia must exercise caution to ensure any activities related to prior investments do not constitute “new” investments. It is uncertain at this point as to whether payments for certain services are considered a permitted expense under the new EO. It is clear that United States persons cannot give a loan to develop a business or receive any equity in a Russian business.
Based on previous guidance, it seems that paying money for services that would maintain current business operations would likely to be permitted. However, the line between maintenance of business and new business activity is not defined at this point, and if an expense were to relate to developing new business or expansion, it carries risks of a United States sanctions violation.
Prohibition of Certain Services
The April 6, 2022 EO bans “the exportation, reexportation, sale, or supply, directly or indirectly, from the United States, or by a United States person, wherever located, of any category of services as may be determined by the Secretary of the Treasury, in consultation with the Secretary of State, to any person located in the Russian Federation.” This could mean that broader sanctions are coming and they will likely to impact entire market sectors. Which services will be prohibited is not yet clear, however, the prohibitions will come swiftly as the foundation for them is laid.
Depending on the service sectors that are impacted, there is a chance that assets owned by Russian citizens in such sectors could be effectively frozen. For example, a prohibition on providing banking services could make money in United States accounts inaccessible to Russian citizens and entities that they own 51% of.

U.S. persons must comply with OFAC sanctions, including (a) all U.S. citizens and permanent resident aliens regardless of where they are located, (b) all persons and entities within the United States, and (c) all U.S. incorporated entities and their foreign branches. This means that United States persons are prohibited from dealing with entities named on the Specially Designated Nationals And Blocked Persons List (SDN) and subject to full blocking sanctions.
Full Blocking Sanctions
On April 06, 2022, OFAC imposed full blocking sanctions, pursuant to Executive Order 14,024, on Russia’s largest public and private banks, Public Joint Stock Company Sberbank of Russia (Sberbank) and Joint Stock Company Alfa-Bank (Alfa-Bank).
The blocking sanctions apply to Sberbank, Alfa-Bank, 42 Sberbank subsidiaries, 6 Alfa-Bank subsidiaries, and any entities owned 50% or more by these banks. Any property and property interests of these blocked entities that is within U.S. jurisdiction or in the possession of a U.S. person is frozen. In addition, U.S. persons are strictly prohibited from all direct and indirect dealings with these entities.
These sanctions are effective immediately, however, OFAC issued the following general licenses, authorizing the wind down of certain transactions: If money is ordered to be sent by a U.S. bank to a blocked bank, then the U.S. bank, as a U.S. person, must block the transaction and freeze the funds. See OFAC FAQ #42. From the available guidance, after the dates in the general licenses above, a U.S. person will not be able to access any funds in the blocked banks, even if all funds and payments stay within Russia.  At this point, we can only speculate as to what would be a “transaction” in such a case.  It appears that a “discussion” or an “inquiry” might not rise to the level of transaction. However, any active or passive activity that would confer or continue to confer any commercial benefit to the sanctioned entity and involving a “U.S. person” would likely to be a “transaction.”  Depositing funds or withdrawing funds is likely to be a “transaction” particularly in light of the general licenses recognizing the need to “transact business” to wind down the relationship with the sanctioned entities. It is not clear at this point as to whether “doing nothing,” i.e., keeping and not closing an account in the sanctioned bank (and accumulating interest, for instance) post wind-down deadlines would constitute a “transaction.”  However, it appears that even if it were not, then withdrawing the funds post wind-down deadlines clearly would still be a “transaction” and hence, the U.S. person (provided, arguendo, that “keeping” the money is not a transaction) would then have to wait until the sanctions are lifted to be in compliance with the mandate. (We will try to obtain further clarification on the subject and, if required, we will update this part of the article).

As many news outlets have reported, the United States is considering an “embargo” on Russia and potentially Belarus. In this context, “embargo” means a variety of sanctions that block imports and exports to those countries. Such “embargo” sanctions differ from other sanctions dealing with imports and exports in that they block virtually all trade activity, instead of targeting specific industries or companies. The form that the sanctions take is not always the same, with a combination of Executive Orders, Federal Regulations, and agency guidance. The similarity is that such regulations block almost all economic activity without a license, and should be approached very carefully. For example, providing air travel to and from Iran required an Office of Foreign Asset Control (OFAC) license. Once the license was approved by OFAC, airlines asked for guidance as to whether advertising the approved flights was also allowed. In the event of an “embargo” placed on Russia and Belarus, it will be very important to review the specific prohibitions and ask for guidance when not clear, even when it seems logical that a certain activity, such as charitable shipments, would be allowed (they usually are not), but it is not explicitly stated as such.
Citizen Abroad
In the case that Russia and Belarus are sanctioned and trade activity is blocked, it is likely that citizens from those countries will still be allowed to travel to the United States, similar to Iranian citizens. In this situation, the sanctions imposing the “embargo” will still apply and there is a chance that providing goods or services to that person would result in an export from the United States to Iran, depending on the details of the transaction. Certain activities clearly would not breach the sanctions such as selling the person a burger that would not be reasonably expected to be imported to Iran. However, it is much more reasonable to expect that the Iranian person may be buying goods for import to Iran when selling them one hundred high performing graphics cards that could be used for mining bitcoin, and this would likely result in a breach of sanctions. Therefore, many United States persons will refuse to do any significant business with anyone from an “embargoed” country. If Russia and Belarus are embargoed, there will be significant limits on what citizens can do abroad, moreover, many people will refuse to do business that might be allowed to avoid potential violations.
Furthermore, as we have seen with prior sanctions, at times, the actual legal application of the letter of the law is supplanted or supplemented by “emotional sanctions” – a situation when entities, such as banks, rather than figure out the details of what is “allowed,” decide to cease providing services to the entire country or its citizens in a “wholesale” manner. For instance, one U.S. bank previously refused to transact business in Ukraine because of the instructions from the compliance department that “Crimea, Ukraine” was on the sanctions list. So it decided, rather than figuring out the situation with Crimea as annexed by Russia, to just stop dealing with the entire country of Ukraine. An online gallery erroneously cancelled accounts to artists in Belarus a few years ago, even before the 2020 developments “because Belarus in the sanctions lists.” While we were eventually able to convince the gallery that such generalization was unfair and to unblock the artists as they were certainly not subject to sanctions, these ‘emotional sanctions’ had real consequences. With the recent atrocities in Ukraine, the scope and depth of the actual sanctions and ‘emotional sanctions’ are likely to increase.

The new sanctions on Russia and Belarus have expanded the previous sanctions regime in a significant way. However, the new upcoming sanctions have the potential to be even more restrictive in the case that Russia is cut off from certain service sectors. Depending on the sectors involved, this could result in the effective freezing of certain United States based assets.
A full embargo, such as that against Iran, is a very drastic step and would effectively create a pariah state. While it would be a huge escalation of sanctions, it is not unreasonable to believe that it could happen in the case that there is a dramatic escalation in violence and atrocities. 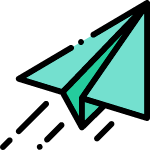 Your request has been sent
Our specialists will contact you soon